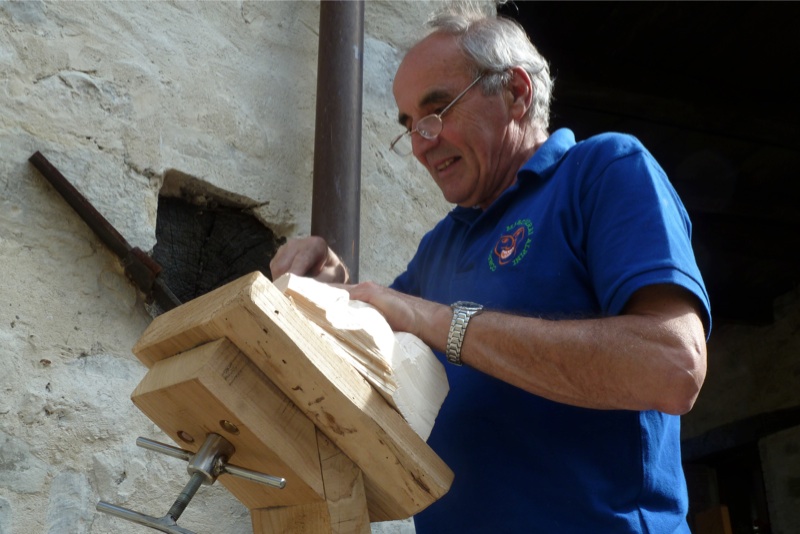 A self-taught carver, he has been creating masks for years following the traditional model of the “Škoromatija” of his home village Hrušica. His wooden masks “obličje” are often used in traditional carnival according to the old customs, which include special details such as masking “škoromat”- a cone-shaped hat decorated with paper flowers – and the “zeleni” – a green costume made of ivy, moss and juniper.
Dušan produces his masks using lime wood.

He became member of the Association “Mascherai Alpini” in 2011. 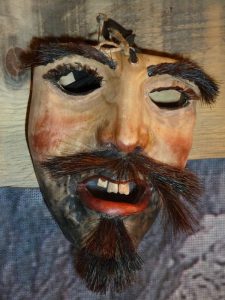 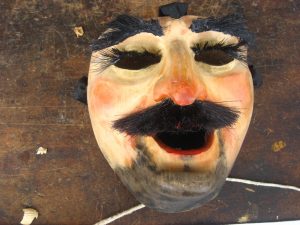 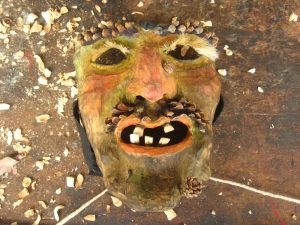